Cheesman Park to get a new gathering space

Capitol Hill United Neighborhoods and City Street Investors have struck a partnership to renovate the Tears-McFarlane House and add a cafe, hoping to make the historic building more open to the …

Cheesman Park to get a new gathering space

This rendering shows a new design for the annex building at the Tears-McFarlane House adjacent to Cheesman Park in Denver. Capitol Hill United Neighborhoods, which is headquartered at the house, will use the annex space as a new community cafe.
Courtesy of Semple Brown Design
Posted Thursday, December 5, 2019 2:54 pm
To learn more

To learn more about the project at the Tears-McFarlane House, go to www.chundenver.org.

Capitol Hill United Neighborhoods and City Street Investors have struck a partnership to renovate the Tears-McFarlane House and add a cafe, hoping to make the historic building more open to the public.

The deal includes CHUN selling 50% of the property equity to City Street, a real estate investment company. The proceeds will go toward a $1 million endowment for CHUN services. City Street will help renovate the historic home, which has around $250,000 worth of deferred maintenance projects. The company will also redo the annex portion of the property into a new cafe for the community.

Travis Leiker, the president of the CHUN board, said the RNO has been working toward a deal like this since 2016. At the time, CHUN was nearly bankrupt and needed to find a way to make money. Leiker said the board did not want to sell the house, since CHUN wanted to maintain a physical presence in the community and also wanted to make sure the house was used as a public space.

“Those values informed how we approached conversations with anybody that wanted to partner with us,” he said.

The house — located at 1290 Williams St., just north of Cheesman Park — was gifted to CHUN by another nonprofit in 2005. In recent years, Tears-McFarlane has become not only a space for CHUN meetings, but a revenue stream for the Registered Neighborhood Organization, which rents out the house for office space and events.

City Street started doing focus groups in 2017 to learn more about what the community wanted with the building, said Joe Vostrejs, a principal with the company. The company was also behind the development of Union Station. Vostrejs said focus groups with local residents and people who use the space are the first piece of any project City Street does.

“They’re true focus groups. It’s not a community meeting where we just pitch ideas at you,” he said. “There was a very strong desire that (Tears-McFarlane) not just get sold off.”

The responses led City Street and CHUN to the cafe idea. The two organizations are also trying to find ways to make the main building more accessible to the public once it’s renovated.

Leiker said CHUN and City Street are aiming to turn in a rezoning proposal to the city this month. The house is currently zoned for residential use with an overlay that allows for office space and bed-and-breakfast uses. Leiker said the organization will apply for a Planned Unit Development, which will be site specific to their needs.

Vostrejs said the footprint of the building will not change, except for the new cafe area which may alter slightly when they build a new space.

The patio at the house will also go away, as City Street and CHUN found out it sits on city property at Cheesman Park.

“We’ll be scaling that back as part of this due diligence process,” Leiker said, adding that there are other pieces of the property that could be used for outdoor space.

While going through CHUN archives, staff found an old article referring to a cafe space run by the RNO in the 1980s. Since the organization was also fundamental in advocating for park space, Leiker said it feels right to be moving in that direction again with a community space.

“It really is,” he said, “just a powerful testament to what our predecessors envisioned for this spot.”

New VA Clinic to be built in Castle Rock

For Girl Scouts, cookie sales generate a sense of accomplishment 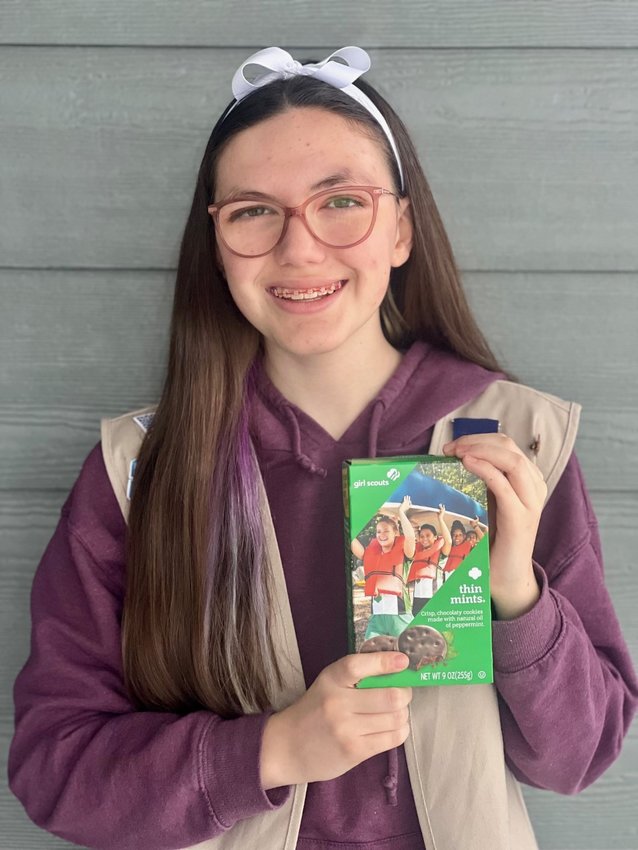 For Girl Scouts, cookie sales generate a sense of accomplishment
The first year that Denver Girl Scout Bianca Morris started selling Girl Scout Cookies, she was hesitant to stand at a grocery store booth because she had yet not built up her confidence with …

Righting a wrong
They say no two roses are alike. And this is the case for one of Denver’s unsung heroes. There will never be another Maj. Gen. Maurice Rose. The late Maj. Gen. Rose, of Denver, is known for being …

Health care giants form one insurance company
By some measures, the Denver metro area has one of the most competitive hospital markets in the country. Large health systems duke it out every year for supremacy in the multibillion-dollar …

Colorado may end age-discriminating work question
Asking someone their age is considered impolite. But asking a job candidate? That’s perfectly legal. A bill at the state legislature would change that, at least in Colorado, and prohibit companies …

Weather and gas prices causing higher utility bills
The spiking energy bills affecting many Coloradans are caused by colder weather and higher gas prices — factors over which neither regulators nor utilities have control, the Colorado Public Utility …