Food access remains a problem in the south of Westminster

Beverly Bishop moved to Westminster about 40 years ago and since then, she’s seen changes throughout the city. Particularly, she’s watched big chain grocery stores in her community seem …

Food access remains a problem in the south of Westminster

Beverly Bishop moved to Westminster about 40 years ago and since then, she’s seen changes throughout the city. Particularly, she’s watched big chain grocery stores in her community come and go like a revolving door.

In her neighborhood near 72nd and Federal stores like Walmart, Safeway, Rancho Liborio and King Soopers have all come and left.

“Gradually all of that has changed and is either gone or morphed into something else, and I'm not sure all the changes have been positive for residents of the neighborhood,” she said.

Westminster’s community survey showed that attitude. Presented at a June 18 City Council study session, results regarding the overall quality of life in the city only saw dissatisfied ratings from the southern portion of the city. 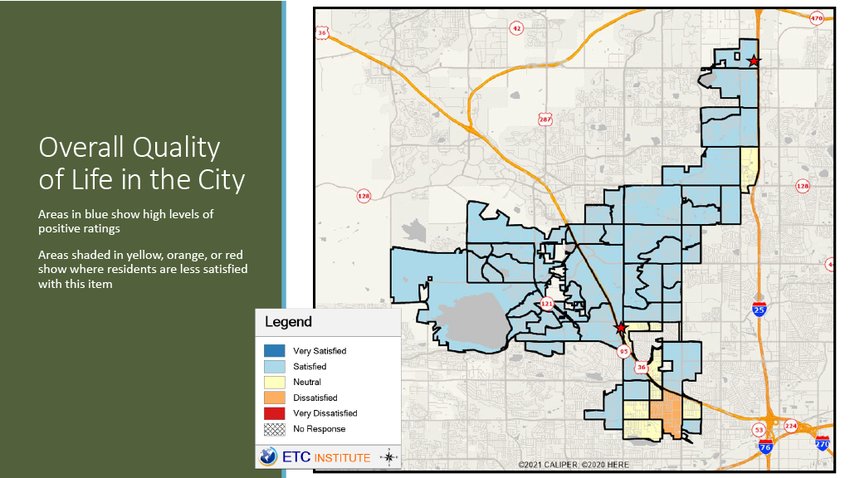 A photo of a slide from ETC consulting regarding the quality of life in Westminster during the community survey presentation.

Bishop said she sees growth and development in the northern area of Westminster leaving the southern portion behind. That’s a problem for those residents faced with no easy ways to purchase inexpensive food for their families.

“The southern and older section of town, for the most part, is where the lower income people live. We don't have as much money to spend at grocery stores or other businesses and I guess that influences the big chain stores' decisions to vacate the area,” she said.

Small mom-and-pop stores like Asian markets and mercados do exist within southern Westminster to provide healthy food and produce for area residents. As well, the Lao Market and Lowe’s Mercado do accept programs like the Supplemental Nutrition Assistance Program that Bishops says some area residents benefit from.

“For more than a year, we evaluated this store extensively and looked at options to improve its performance.  Ultimately, our business analysis indicated that we needed to close the store.  Like all retailers, we are constantly evaluating every aspect of our business and while closing this store was a difficult decision, we are focusing on growing our business and reinvesting those resources into remodeling our existing stores in Colorado,” he wrote in a statement.

Rancho Liborio, a California-based chain of specialty grocers, permanently closed its doors in Westminster, Aurora and Commerce City after filing for chapter 11 bankruptcy protection in 2012. King Soopers did not respond for comment as to why their store closed.

Wal-Mart shut down it’s 72nd and Federal location in July 2021. Wal-Mart officials didn’t say specifically why they closed the 72nd and Federal store but said the decision was in line with other strategic decisions. In interviews with Business Insider and CNBC Wal-Mart CEO Doug McMillon has said the company closes stores for financial performance and as part of a strategy to focus more on internet sales and competing with Amazon.

Neighbors felt the impact right away, she said. The ALTO affordable housing complex, at 71st Avenue, is across the street from where Walmart used to be. According to Leeds, many of those residents are served by Growing Home and said many voiced their concerns once Walmart closed its doors. 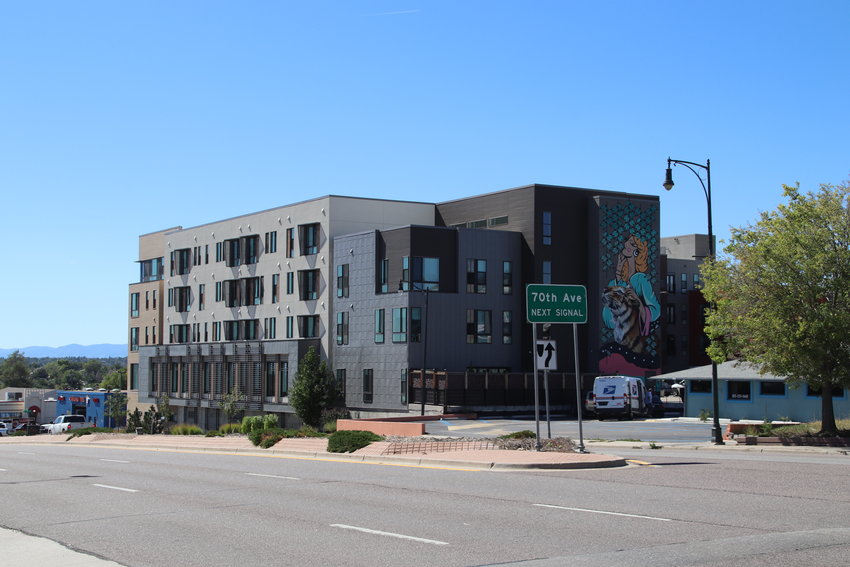 The ALTO affordable housing complex that stands across the street from the old Walmart location.

Through surveys, Growing Homes found that 40% of those residents do not have access to a vehicle and bus services are too expensive. The next closest grocery store is about a two-mile walk. With small children, a disability or mobility issues, that walk isn’t realistic or time efficient.

“What it meant was that we’re just seeing a lot of unmet needs in the community,” she said. “It's sort of a constant pressure point for this neighborhood, seeing one grocery store after another leave.”

Westminster Economic Development Director Lindsey Kimball said there are alternatives in the area.

"Small, local grocers like Valente’s, Lao Market, and neighborhood mercados are incredibly important to the community. They offer fresh and healthy food in addition to specialty items that may be harder to find in a larger chain grocery store," said Westminster's Economic Development Director Lindsey Kimball in a statement.

Growing Home also found through surveys that 69% of respondents from South Westminster said cost is the biggest barrier to accessing food, and 88.6% said the smaller markets are too expensive.

Additionally, Bishop said the smaller stores either don’t provide as many options as bigger stores, don’t fulfill everyone’s cultural diet or are too expensive for some.

A Save A Lot grocery store is located in South Westminster, but Bishop said its smaller size compares unfavorably with what the community previously had access to with bigger stores.

Leeds also said Save A Lot doesn’t have the ability to keep prices as low as bigger chains like Walmart or Safeway. 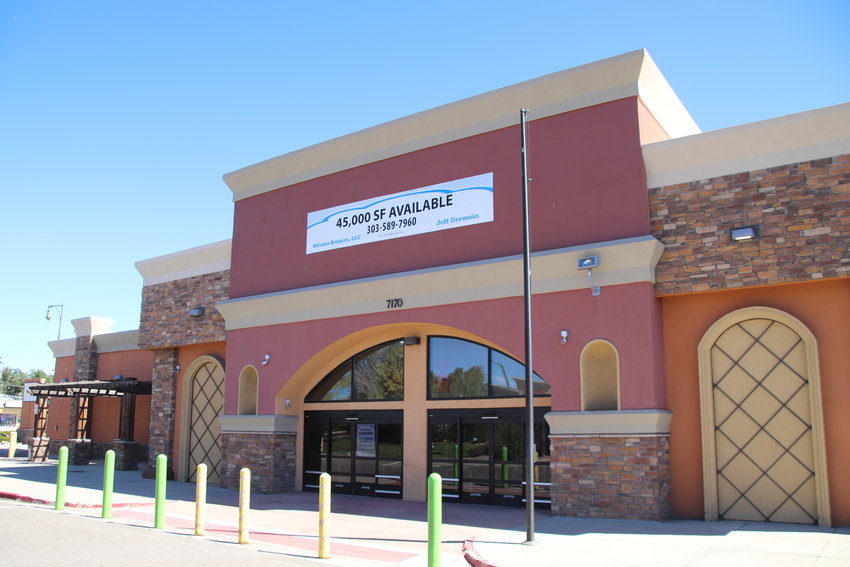 The empty store front of where the Walmart used to be at 72nd and Federal Blvd.

That has more residents in the area looking to pantries like Growing Homes for help, Leeds said. It comes as inflation is forcing the cost of food to rise over the summer as both participants and the nonprofit felt the higher prices.  She noted that the price of eggs increased 105% percent since August 2021.

“Those simple staples that almost every family uses, regardless of cultural background, are considerably more expensive than they were,” said Leeds. “We are hearing specific complaints about that from both our staff and the community members that I work directly with.”

Karen Fox Elwell, president of Growing Home, said most don’t know that some food pantries purchase their food or a portion of it. Between November 2021 and March 2022, Growing Home saw a 26% increase in its total costs for food.

Since March, the average inflation rate for food has been about 10.2% per month, according to the U.S. Bureau of Labor Statistics.

Despite the rise in costs, Elwell notes that the consistent support from the community helped keep Growing Home afloat. As well, Government funds passed during the COVID-19 pandemic, such as The Coronavirus Aid, Relief, and Economic Security Act, helped the pantry survive those higher costs.

However, those funds are drying up.

“A lot of those programs are ending, even though the need is still there,” said Leeds.

Both Leeds and Elwell said the American Rescue Plan Act’s money still benefits Growing Home, however many of those dollars are now going towards things like housing and infrastructure and moving away from focusing on food access.

Back in June, councilors reviewed the community survey and noted the dissatisfaction of area residents. City Councilor Sarah Nurmela said she thinks that the dissatisfaction correlates to household income, quality of life, how safe they feel and their access to health and mental health care.

“These are key issues that shouldn’t be looked over,” she said.

City Councilor Obi Ezeadi said that Westminster has about an 8% poverty rate, and most of those residents live in the south of the city. He wants a deeper dive into that topic.

“There are thousands and thousands of residents that cannot live, who are struggling to survive,” he said. “We need to do better for the people who have less.”

Westminster’s Kimball said the city is working on bringing another larger grocery store to the area.

“The City has been in discussions with grocers since the Walmart and Safeway grocery stores closed in Historic Westminster last year. The City recognizes the community’s need for more grocery options to complement the several existing mercado, Asian, and specialty grocery stores," said Kimball in a statement.  "The City is committed to working with our community, non-profit and private sector partners to find a quality, sustainable approach to addressing the community’s needs.”