- There’s a new generation running the show in the Kidverse: Generation Alpha. Defined as those born between 2010 and 2024, this new group of kiddos succeeding Generation Z is more diverse than any other generation, far more technologically savvy at a younger age and only know a world where social media is at the center of everything -- thus making social media stars THE celebrities they care about.

Enter Alaya High, the hip-hop prodigy professionally known as That Girl Lay Lay. At age 15, she’s gone from being a social media sensation with 1.3 million Instagram followers to currently starring in her own namesake TV show on Nickelodeon and boasting her own line of consumer products sold at big box retailers across the country.

In fact, you could say Lay Lay’s rise is a content creator’s dream come true. When she was 11, the Houston, Texas, native convinced her father, Acie High of the rap duo Aqualeo, to record her freestyling while they were driving -- she’d been rapping since age 5 -- and upload the clips to social media. Two weeks later, her performances had gone so viral on Instagram that even 50 Cent was reposting them, and she was on her way to becoming the youngest female rap artist to sign with Empire Records.

Soon after, Lay Lay was rapping in music videos with the hugely popular likes of Young Dolph, Tr33zy and Lil Duval. And when Nickelodeon came calling last year to greenlight a show around her … well, let’s just say she was more than game, given that she considers herself a Nick Kid and counts “SpongeBob SquarePants” and “The Loud House” as her all-time favorite shows. 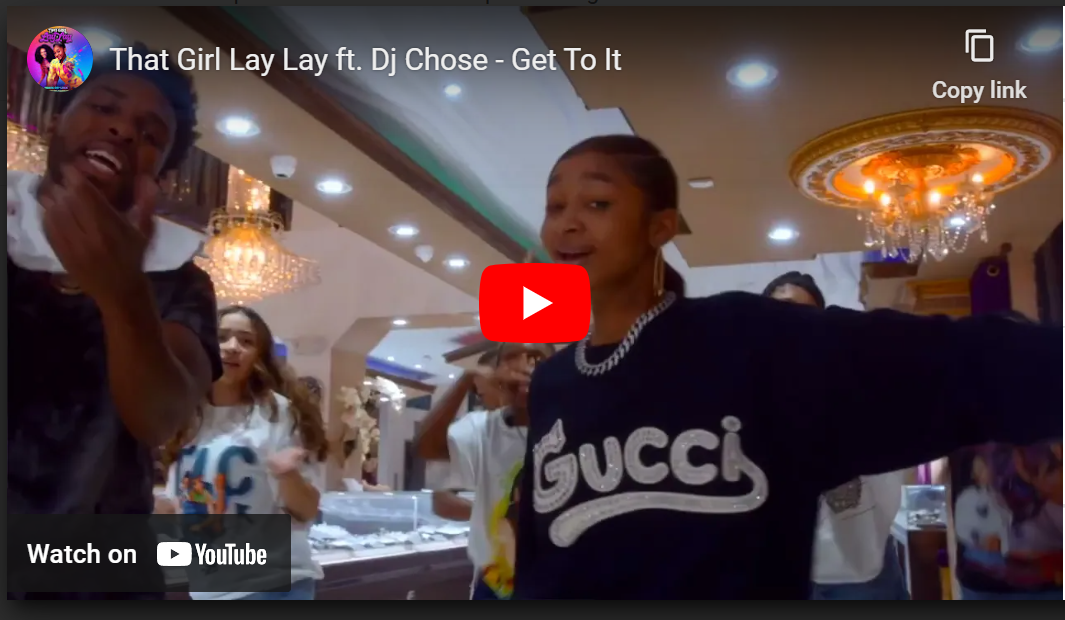 “That Girl Lay Lay,” which recently kicked off its second season after having shattered records last fall and ranking as one of the top two series across all TV among Black kids age six to 11, continues to be a buddy comedy that speaks to a new generation of kids.

The show follows a personal affirmation app (named Lay Lay, naturally) who is magically wished to life by a smart, real-life girl named Sadie (Gabrielle Nevaeh Green) who has trouble speaking up for herself. Together they learn they can accomplish pretty much anything -- including getting Sadie to successfully run for her high school’s freshman class presidency -- so long as they work as a team.

And with even more music and magic this year from everyone’s favorite personal affirmation app sprung to life, the premise really seems to have struck a chord: Last month “That Girl Lay Lay” ranked as the top live-action show with kids on cable TV.

Better yet, executive producer Will Packer is excited by the real world impact the series can have on kids. “At any point in life, kids all around the world are faced with natural insecurity,” he said. “This is a series that can help them be confident in themselves and encourage them to be their own individuals.”

And Lay Lay’s own effect?  She’s been called “the embodiment of fierceness, bringing optimism, magnetism and style to everything she does.” Meaning, young girls, especially Black girls, have a positive new role model they can look up to.

THE WALL REBUILDER Cracks? Holes? Ugly texture? We fix any kind of damage in any age home. Plaster (and Drywall) …

Consumers encouraged to keep some holiday spending local
Reality is simple: Local businesses are at a disadvantage when competing with the price and convenience of Amazon and online shopping offered through the big-box stores such as Walmart and …